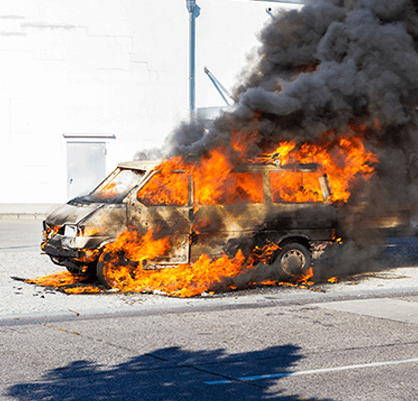 A catastrophic injury is one that does so much damage that it prevents the victim from ever performing any form of gainful work. As a direct result of the injuries incurred, the victim will never be able to work or live the life they were living before the accident. These types of cases are especially hard to bear. At Bingham Law, we understand that you’re under a great deal of stress and change when dealing with catastrophic injuries. Rather than make your burden harder to bear, we want to help you pursue the financial compensation to which you’re entitled, and hopefully attain the best medical care possible in order to live a happy life.

What are catastrophic injuries, and how are they caused?

Catastrophic injuries can be caused by any number of various circumstances. They’re referred to as “catastrophic” because of the impact that they have upon the lives of the victims. Think about a catastrophic natural disaster – an unexpected and particularly strong earthquake, for example. Now think about what the aftermath of those events looks like. There’s chaos and broken buildings everywhere, right? Everything seems to have been upended and tossed around at random. While the individuals in that location can attempt to clean the area and rebuild, the effects of that earthquake will always be present and visible.

Catastrophic injuries are much the same. These are injuries such as brain trauma or paralysis – issues that will never fully go away. They’re the most significant kinds of injuries out there specifically because they uproot the victim’s life and prevent them from continuing along the path they were headed prior to the accident. Instead, they must try and find a new path through life and accept the fact that their injuries will never fully heal.

Catastrophic injuries can be caused by things like severe car accidents or train accidents. Incidents that involve large, heavy machinery, for example, are some of the common origins of these kinds of injuries. Other potential causes include construction worksite injuries and mistakes made at hospitals.

What can a catastrophic injury claim do?

Because the damage from catastrophic injuries is so enormous, catastrophic injury cases seek to compensate the victim for their new lifelong disabilities. To help compensate for the new direction that their life will now take, in other words, various levels of financial compensation are offered to try and augment medical treatment alone.

When filing a personal injury case for catastrophic injuries, you can attempt to recover for any of the following:

If you’re looking for a clearer example of a catastrophic injury case and for what you might be able to sue, let’s take a look at an example. Let’s consider the case of Mary, a 44-year-old physician who is struck by a semi-truck that dangerously ran a red light. As a result of the accident, Mary sustains significant injuries to her central nervous system. Not only is she paralyzed from the waste down, but she also has difficulty controlling her arms and will never be able to return to class thanks to the brain trauma suffered as a result of the crash. Mary decides to file a personal injury lawsuit based on her catastrophic injuries, and is suing the driver as well as the company for which he worked for financial compensation based upon the amount of her current and future medical bills, the lost future wages that she would have earned if not for the accident, the pain and suffering as well as the mental anguish that she experiences every day as she attempts to readjust to her life, and permanent disability to help support her as she will no longer be able to work and support herself.

As you can see, the injuries involved in a catastrophic injuries case are truly devastating, and throw the victim’s life into upheaval.

It’s important to recognize that you have a potential claim as quickly as possible, and reach out to an experienced attorney. Because this kind of accident is so devastating, we understand that seeking compensation might not be the first thing on your mind – but keep in mind that the sooner you start the process, the sooner you can attempt to collect compensation for your pain, suffering, and damages. No amount of financial compensation can ever truly make this kind of situation “okay”, but not worrying about medical bills or having somewhere to live in the future can go a long way towards supporting the healing process.

Contact Bingham Law today, and let us help you in your healing and recovery process.